From the time I was 12 years old, I knew I wanted to work with kids. Babysitter, pre-school volunteer, camp counselor, gymnastics coach...no matter what job I landed, children were always my passion. After graduating from UCLA, I completed a Masters in Education and taught first grade for a couple of years.

I loved teaching, but the allure of NYC and an if-you-don’t-do-this-now-you’ll-regret-it-forever revelation led me to quit and buy a one-way ticket to new adventures. Several years and some much needed life experience later, I returned to California. I earned my Masters in Psychology and began my internship as a marriage and family therapist — working primarily with children and adolescents.

I was halfway through my internship when my first son was born. Becoming a mom was something I’d always dreamed about and — after struggling with infertility — it was that much sweeter. Like most first-time moms, I had sky-high hopes and expectations...starting with how I imagined my son’s birth.

At 36 weeks pregnant, I went into labor and gave birth via a terrifying emergency C-section. Not exactly the relaxed, calm, and loving birth plan I’d meticulously laid out. We were blessed that our son was physically healthy, but almost immediately after he was born, I sensed something was “off.”

As a new mom — not yet confident in my opinions — I doubted my intuition. Others, including our pediatrician, assured me that my son was “just fine” despite his inconsolable crying, feeding issues, difficulty falling and staying asleep, difficulty self-regulating, and gross-motor delays. Our pediatrician attributed these issues to his premature birth. “He’ll catch up in no time,” I was told over and over again. But it didn’t sit right with me.

I couldn’t shake the feeling that there was something more causing my precious baby boy to scream for hours on end. As his condition worsened, my voice became stronger. And, finally, we were referred to a pediatric physical therapist for an evaluation.

Within the first hour, the physical therapist explained that my son had "sensory processing issues." Because of my work with Autistic children, I was familiar with the concept, but had never heard of it as its own disorder. Our journey into the world of SPD had officially begun.

My transition into motherhood was anything but graceful. Barely surviving on four disruptive hours of sleep (on a good night), and drowning in anxiety about my son, I completely lost myself. A year into motherhood, when most of my mom friends were settling into a groove, I was still in the trenches.

My plan to return to work part-time when my son was six months old was thrown out the window. There was simply too much going on with him developmentally — I couldn’t wrap my head around leaving him. My career goals, and everything else that had previously defined me, were long forgotten. I was consumed with worry. About my son’s lack of sleep, developmental delays, inability to interact with other toddlers, fear of anything novel, and massive meltdowns. I no longer had a social life and I felt painfully disconnected from my husband. My world was imploding. I'd never felt so alone and so scared in my life.

Fast forward a few years. I now have two little boys who are five and three. Two years ago, I began the process of reclaiming myself. I was at my bottom, stuck in a severely sleep-deprived, anxiety-ridden, victimized hole. I wanted to take control of my life again and I knew the only person who could make this change happen was me. 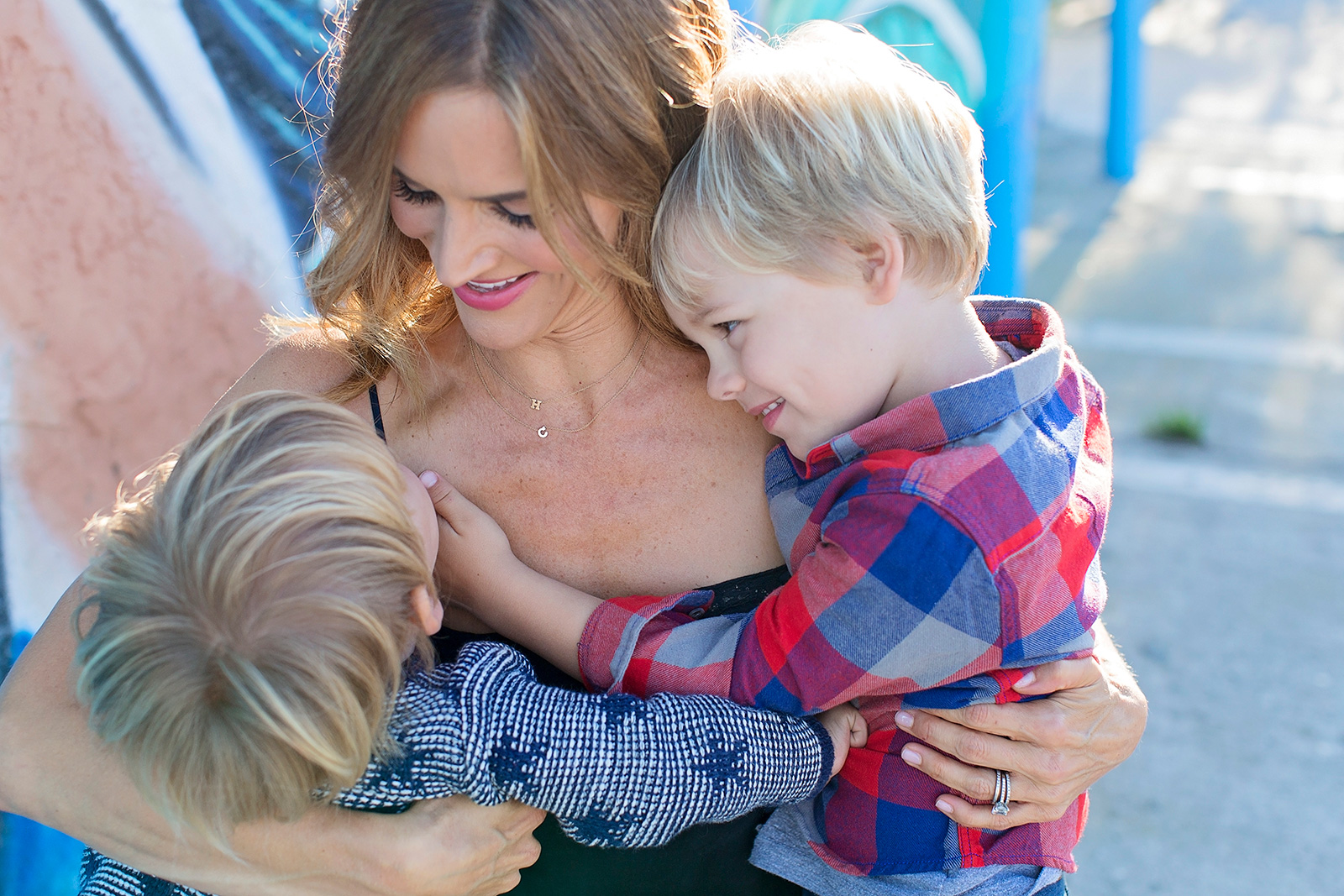 Right around this time, both my boys finally started sleeping through the night (more on our crazy sleep journey later). What a revolutionary game changer. Never underestimate the power of high quality sleep. I thought I’d known how much chronic sleep deprivation was impacting my life, but I didn’t fully comprehend it until I started sleeping again. Things that had felt overwhelming became manageable. I was more patient, less reactive, more engaged, and more...well, myself.

With my new lease on life, I was able to create more space for myself and to prioritize my self-care. Everything that made me who I was before kids had fallen by the wayside, but I reclaimed it. I started running again, taking voice lessons, playing guitar, meditating, and surfing. I listened to inspirational podcasts on everything from self-growth and spirituality to health, nutrition, and parenting, read empowering books like Brene Brown's Gifts of Imperfection and Tim Ferriss's Tools of Titans and started keeping a daily gratitude journal.

My husband and I reprioritized our marriage. We found an amazing couples therapist and began the hard work of healing our broken connection. We made a commitment to stop blaming, to start listening, and to come together as a united front for our boys.

I also started Sensory Mom. I knew my background working with children and families, as well as my personal journey as a mother of two boys with SPD, gave me a unique and informed perspective to help other parents experiencing similar challenges.

I want to connect with parents like me — like YOU — who need resources, validation and support. So, to the moms and dads out there navigating the bumpy and bewildering road of a SPD diagnosis and/or any other parenting challenges, I get you. And I’m so glad you’re here.

Thanks!
You're also subscribing to the SensoryMom newsletter. Unsubscribe anytime.